The archaeological site of Santa Marta was first identified during topographical survey associated with the Archaeological Mapping Programme of the University of Siena (2006-2010), working within the Province of Grosseto in the local administration of Cinigiano (Fig.1). 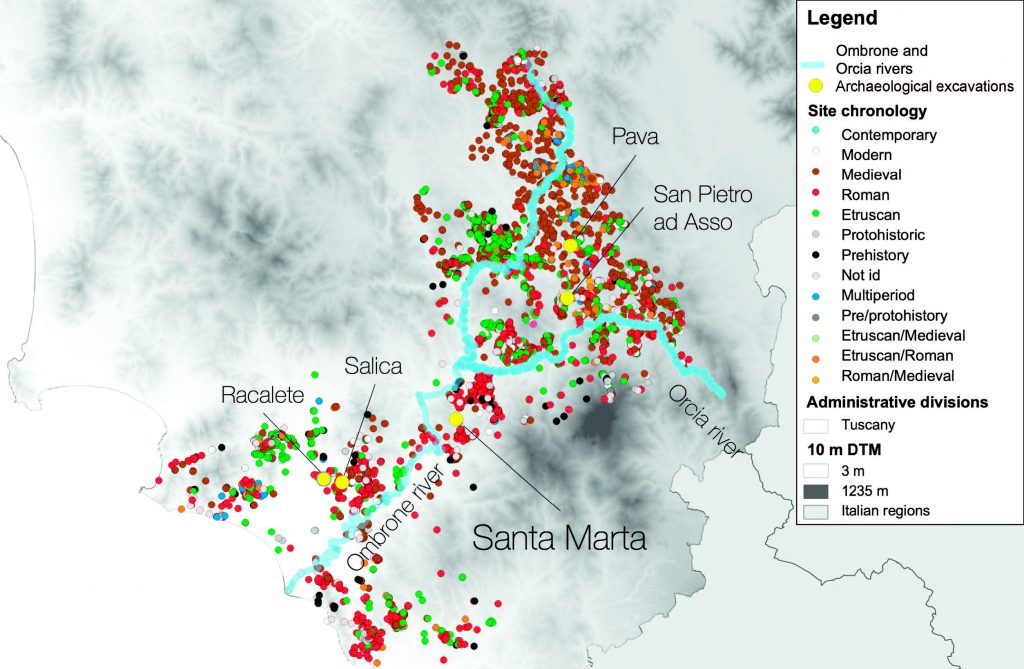 Fig.1 – Diachronic distribution of sites in the Ombrone and Orcia Valleys. Yellow dots correspond to archaeological excavations in this area of central places including Santa Marta.

In 2011, through generous support from the Bertarelli Foundation, a second phase of research was initiated with the aim of securing a deeper understanding of the remains at Santa Marta as well as preparing for the site’s conservation and subsequent presentation for public enjoyment as an important part of the local archaeological and historical heritage.

The first year of this targeted fieldwork was devoted to the acquisition of wide-ranging geophysical data through the use of gradiometric, geoelectrical, and radar equipment, combined with the creation of a detailed digital terrain model based on measurements taken by differential GPS (Fig.2). The highly encouraging results of this non-invasive work helped to identify a wide range of sub-surface anomalies across the whole of the investigated area, including well-structured traces of individual buildings and other clearly archaeological features. The collected information was invaluable in establishing the overall archaeological topography of the site as a prelude to archaeological excavation within specific areas during the following years. 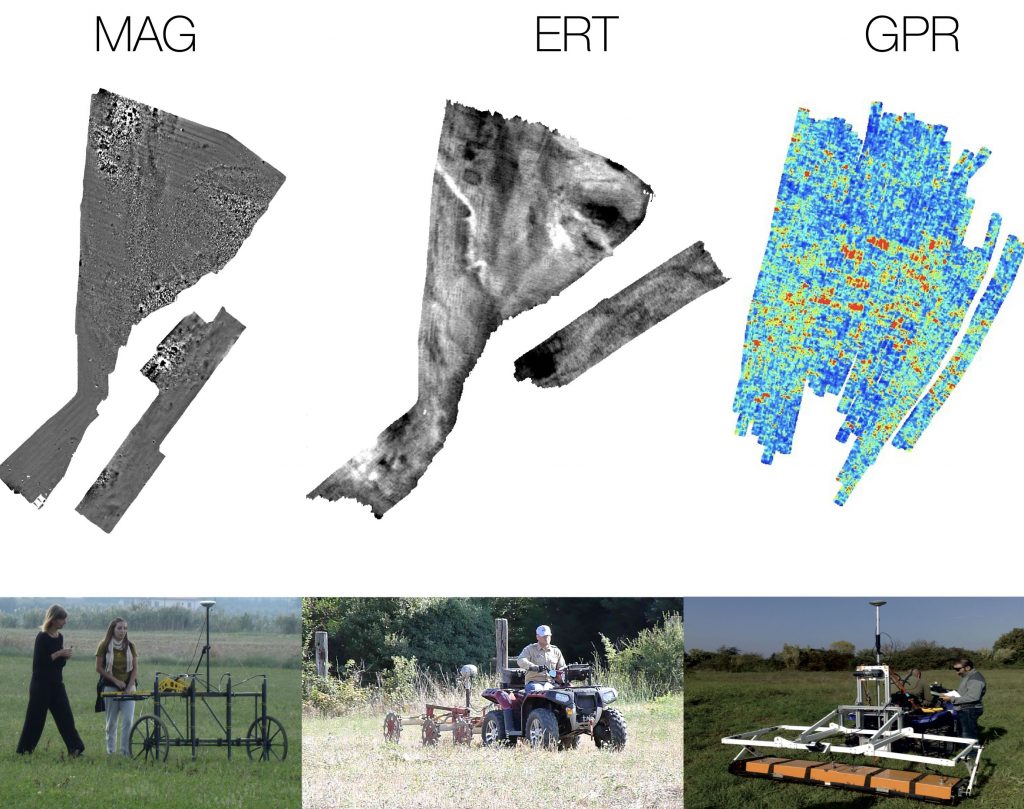 In 2012, the first phase of excavation was concentrated on the northern part of the site, revealing the remains of a late Republican farm or rural villa, largely abandoned by the middle of the first century ad (Fig. 3, A and B). A short distance to the east, a second area of excavation revealed what was clearly a Christian church (Fig. 3, Church). It was only in the late stages of the 2013 excavation that attention was extended to the southern part of the site (Fig. 3, C, D and Cistern). 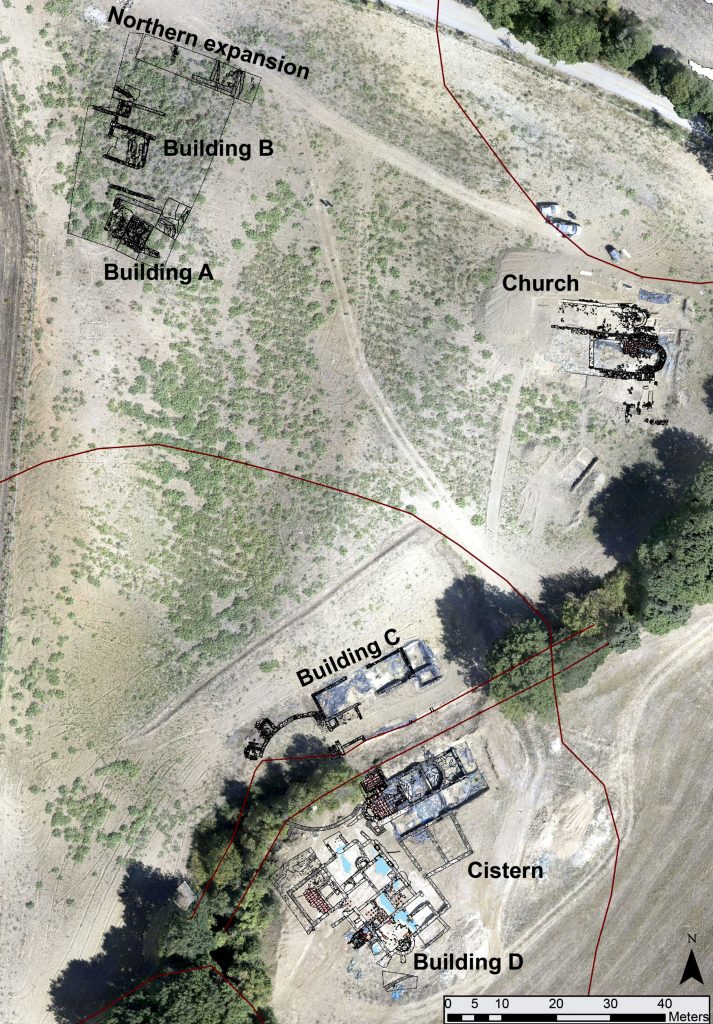 Fig.3 – General map of the site

Between 2014 and 2018, given the scale and complexity of the remains uncovered in this area, it was decided to at least temporarily suspend investigation of the late Republican and early Imperial features in the northerly part of the site in favour of a closer concentration on the southern area, where a complex and better-preserved sequence of deposits and structures had already demonstrated a continuity of occupation between the second and early seventh centuries CE, albeit with significant architectural, topographical, and functional transformations across time. The investigations at the church continued systematically from 2012 to 2017, leading to the identification of a sequence of religious buildings, the earliest being a triple-apsed church that predated the late ninth–tenth centuries CE and the most recent being a funerary chapel which was still in use as late as the sixteenth or seventeenth century CE. 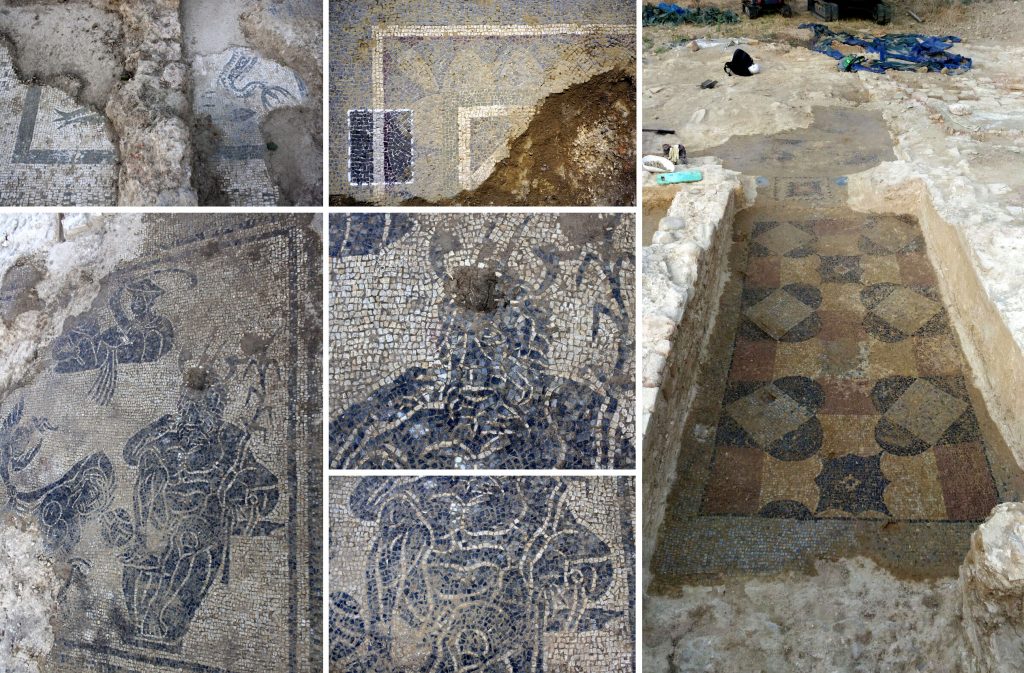 Fig.4 – Overview of some of the mosaics of building D